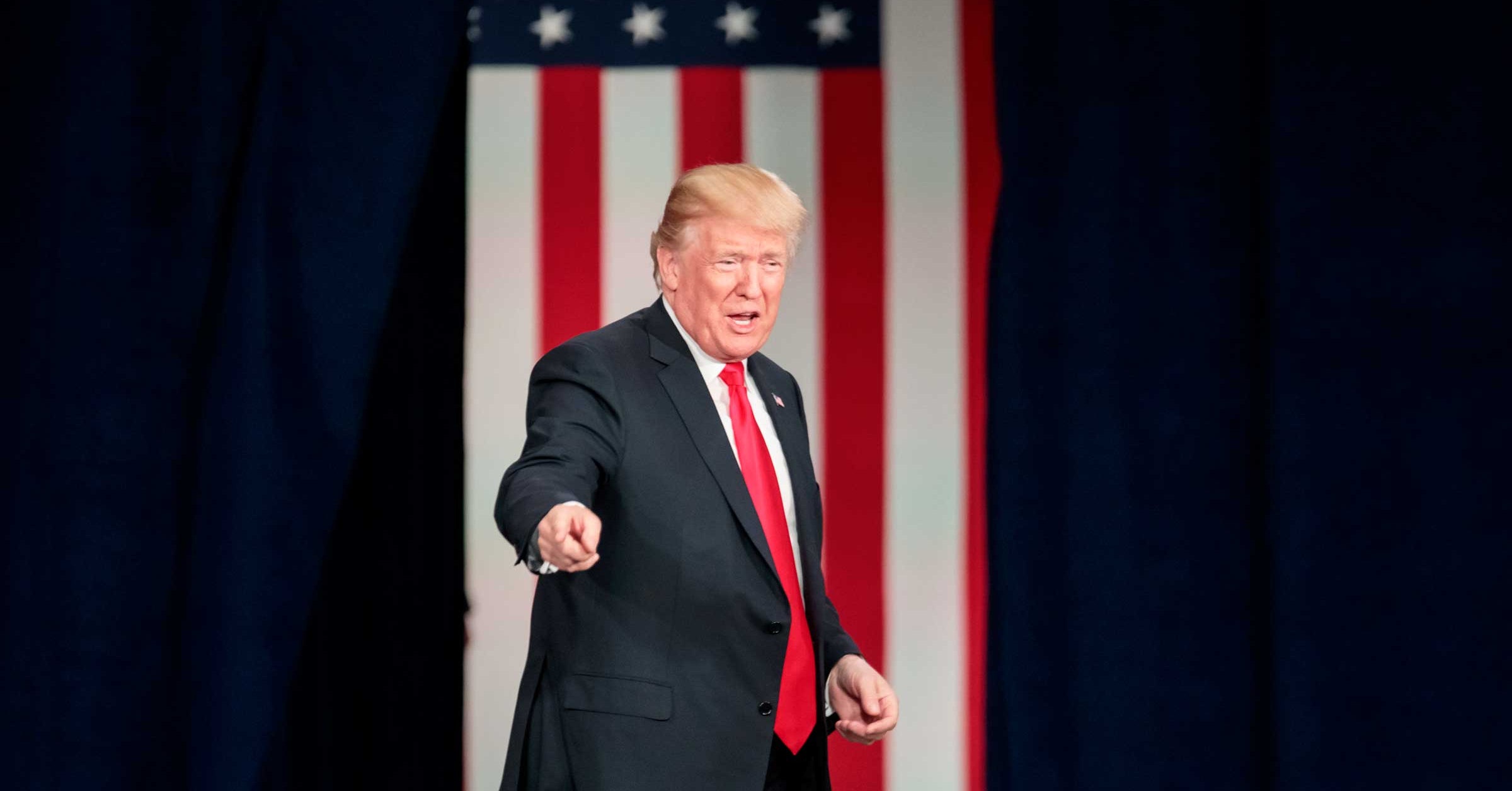 First off, let’s start with a simple message that is particularly meaningful this week. And really, all weeks. Click here, then come right back. Now please take a moment to consider that Jimmy Kimmel is in a Twitter war with Alabama senate candidate Roy Moore, because that’s something that happens in the real world now. Happy holidays, everyone! Oh, and maybe you want to see what’s happening online, for some reason. That’s below. We promise there’s a relatively happy ending this time around.

What Happened: Forget fiddling while Rome burns, it might be time to update the saying to “tweeting while America heads towards a federal shutdown because of a lack of funds.”

What Really Happened: At the start of the week, political voyeurs in Washington were already thinking about the possibility of a government shutdown, but were heartened by the fact that a deal to avert such a thing was already in the works, with President Trump set to sit down with the Republican and Democratic leaders of the House and Senate to hash out the details. Previously, it seemed to work out, but this time? Not so much. And it’s all because of Twitter.

In response to Trump’s pre-emptive strike, House minority leader Nancy Pelosi issued a few tweets of her own.

And, just like that, the meeting was off. That wasn’t exactly what Trump had hoped for, which led to some speedy spin from the White House.

Meanwhile, some were already suggesting that Trump essentially removing himself from events was the best thing that could have happened for the government as a whole.

As the media tried to work out what in the world was happening, Trump did what he does best: tried to take back control of the narrative.

While many saw this as the spin on high school politics that it was, the ploy certainly appealed to the people it was targeted at: the president’s base.

But after all this, surely the shutdown was avoided and nobody wants it to happen, right? Right?

The Takeaway: Then again, maybe the president is working on a level no one has considered.

What Happened: Do you remember “Retweets do not equal endorsements”? It might be time for President Trump to look into that. Or at least choose his retweets a little more carefully.

What Really Happened: Pelosi and Senate minority leader Chuck Schumer weren’t the only people the president alienated via Twitter last week. He also shocked quite a few people when he retweeted three tweets from far-right group Britain First. (Tweets linked above instead of embedded, in case they upset readers.)

(That’s the husband of the murdered British MP whose killer yelled “Britain First” before killing her, in case you’re wondering why the name sounded so familiar.)

Condemnation came from all quarters, it seemed. It was such a breach of both protocol and common sense that British Prime Minister Theresa May responded in an official statement, condemning what the president had done:

Surely in the face of such a serious reaction, Trump would back down and apologize, right?

The response to Trump’s follow-up was swift.

Turns out, lots of people were thinking about that prospective state visit…

So, upsetting the country that has traditionally been one of the strongest allies of the US and tacitly endorsing an organization that shares anti-Muslim content? That didn’t go over well. But at least that was the extent of it, right? Oh, wait: there were also reports that Britain First’s membership was growing as a result of Trump’s patronage. So there’s that.

The Takeaway: For further evidence of how this was received, here’s a reminder that even Piers Morgan turned against Trump on this one.

Meanwhile in the Mueller Investigation…

What Happened: Christmas came early for everyone watching the Russia investigation, as Michael Flynn pled guilty to lying to the FBI.

What Really Happened: How best to mark the start of the holiday month? Special Counsel Robert Mueller opened it with a gift for those following his investigation into the Trump campaign’s possible contacts with Russia.

Oh, but it turns out it wasn’t just a charge.

Let’s put this in some perspective.

To those thinking that this is a big deal… Well, it really is. (Just look at all the media coverage it’s getting, after all!) But what if it’s even bigger than it looks at first glance?

But whatever could that be? Some have a suggestion:

At the time of this writing, this is all still unfolding, so don’t be surprised if this shows up again in next week’s column.

The Takeaway: Oh, the irony of history.

What Happened: Who doesn’t love a good wedding? Especially when it’s a modern day fairy tale come true, complete with an actual prince.

What Really Happened: But enough about politics! Maybe there are better things happening somewhere else in the world. Does anyone have any suggestions?

That’ll do. It turns out, people were very happy about this news, whether they were leading countries…

…or just pretending to be related to one of the betrothed on television:

(That’s Patrick Adams, who plays Meghan Markle’s husband on the USA Network show Suits, for those who don’t follow such things.)

Turns out, Markle’s real relatives were on board as well, luckily:

But what about the rest of the world?

Oh, you mean this interview?

Yes, it seems that people liked that one.

Of course, this is one of those stories that the media loves, but there’s one story in particular to bear in mind: someone asked Prince Harry how it felt to be marrying Markle “being a ginger”. (“Unbelievable,” was his reply.)

The Takeaway: We shouldn’t forget that this happy occasion wasn’t happy for everyone.

Did You Hear the One About the Cat and the Library?

What Happened: Just let the damn cat into the library, everyone.

What Really Happened: Sometimes it doesn’t take much to see that the problems of little people don’t amount to a hill of beans in this crazy world. Especially when there’s a cat who wants to get into the library and isn’t allowed.

And for those looking for a little more backstory…

It turns out, the person responsible for the sign was happy about the attention it got:

But none of this answers the important question at the heart of these things: How does Max feel about his new-found fame?!?

The Takeaway: If Max’s story does somehow turn into a kids’ book, where will this new trend end? Hopefully before this happens: