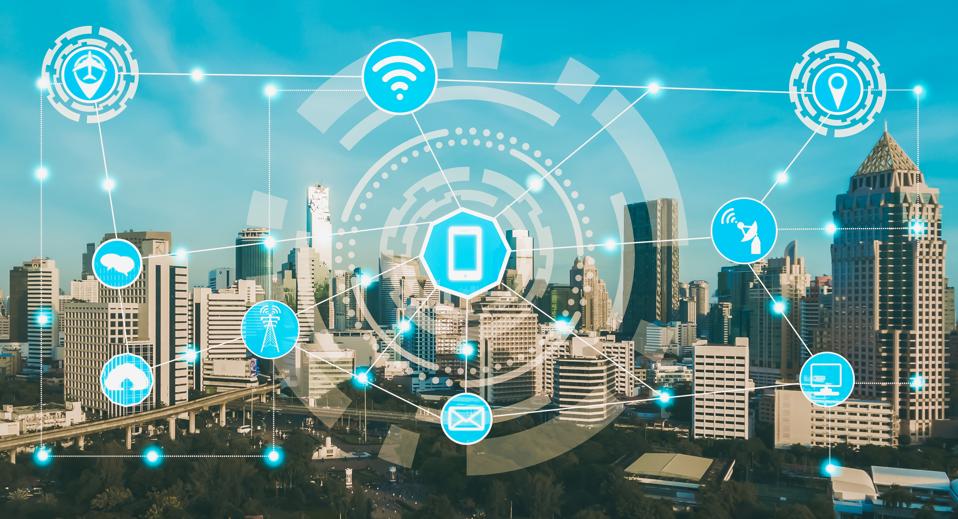 The electricity world may soon be altered in unimaginable ways. Change will come in small increments thanks to so-called blockchain technologies — the ability to conduct “peer-to-peer” transactions and to eliminate the middlemen, or the ones who scoop up a notable percentage of the sale.

Clean Energy Blockchain Network and Australia’s Power Ledger are using such software to enable four buildings at Northwestern University to shift their excess solar power between and amongst each other. And in California, the same two are tracking the production and consumption of solar energy in a parking garage that is charging electric vehicles.

Right now, a utility owns the meter and the commodity, and the sale is a proprietary transaction. What the blockchain technology does is to digitize that information and to permit those peer-to-peer sales, allowing the asset to be monitored and traded. A neighbor whose solar panels are producing excess electricity can now sell to a stranger nearby.

Think Uber. Someone needs a ride. Someone else has a car. The technology allows the two parties to connect. The deal goes through and the passenger is charged while the driver is paid. The company itself owns no vehicles.

The applications in the energy field are just as compelling, says Michael Powers, founding partner at SunPower By Stellar Solar in San Diego: “Solar energy can be deployed more extensively and with peer-to-peer sales, solar energy finds its true value in the marketplace.”

As it stands now, if solar customers have excess power, they sell back to the power companies at pre-determined rates — or at a “net metered” rate set by regulators. There is no incentive for a business or homeowner to invest more in solar panels because their extra kilowatt hours are not sold at market value. But if the software exists to allow that solar power to be sold via auction to someone bidding for it on the Internet, then the producer of that electricity will earn market value for it.

Current methods of tracking and billing renewable energy, Powers says, are an administrative burden — even for utilities. Blockchain technology, however, will record, certify and clear the entire transaction: who produced the power, by what method and to whom it was sold, and for how much.

Energy transactions are fast and easy. There is no central clearinghouse where the information could get stolen. Anyone can participate.

“Right now, solar producers are paid at regulated net metering rates,” Powers told this writer, “which are actually being reduced by regulators and the utility industry and across the U.S. How does that move us towards 100% clean energy? With the free market system, solar producers will find new energy users who are willing to pay more for clean energy if they can’t deploy solar panels themselves. If the energy blockchain makes that possible, why wouldn’t we do it?”

In current pilot tests, energy blockchains are being used for peer-to-peer sales of electricity itself as well as for “renewable energy credits.” Those credits are tokens that that can be re-sold to companies or cities trying to meet a renewable portfolio quota without producing power themselves.

The larger companies are the main drivers with the likes of General Motors, Hewlett Packard, Johnson & Johnson, Tata Motors and Walmart setting a goal to run their entire operations using green energy — the same demand that will also thrust forward blockchain technologies. In other words, if those business complexes are connected by localized microgrids, their buildings could more easily trade power with each other.

It’s not just energy customers who can benefit. It’s cellular customers as well. Consider PayPal Service has partnered with TransferTo to enable customers to be able to instantly add more airtime to their mobile devices from anywhere in the United States. It’s a move that would then permit people to send or receive money from those prepaid phones to 30 different countries in small increments and to remote locations.

The goal is to reach 4.5 billion prepaid mobile phones worldwide — many of which are used by those who do not have traditional banking services.

“It is infinitely more secure” that what we have today, in which an intermediary takes a cut of the total transaction, says Don Tapscott, a Canadian business executive in a TedTalks presentation. “Peers come together and share wealth. Blockchain handles the payments and contracts … The technology genie has escaped from the bottle.”

Indeed, notes Powers from SunPower by Stellar Solar, the world largest movie host, NetFlix, owns no cinemas. And one of the largest accommodation providers, Airbnb, owns no real estate. No industry going forward can be “walled off” from such digital disruptions, including electricity and financial transactions. Blockchain puts all the power with individual “prosumers,” he says, which gives newfound leverage to those who want a faster and more empowering way to do business.