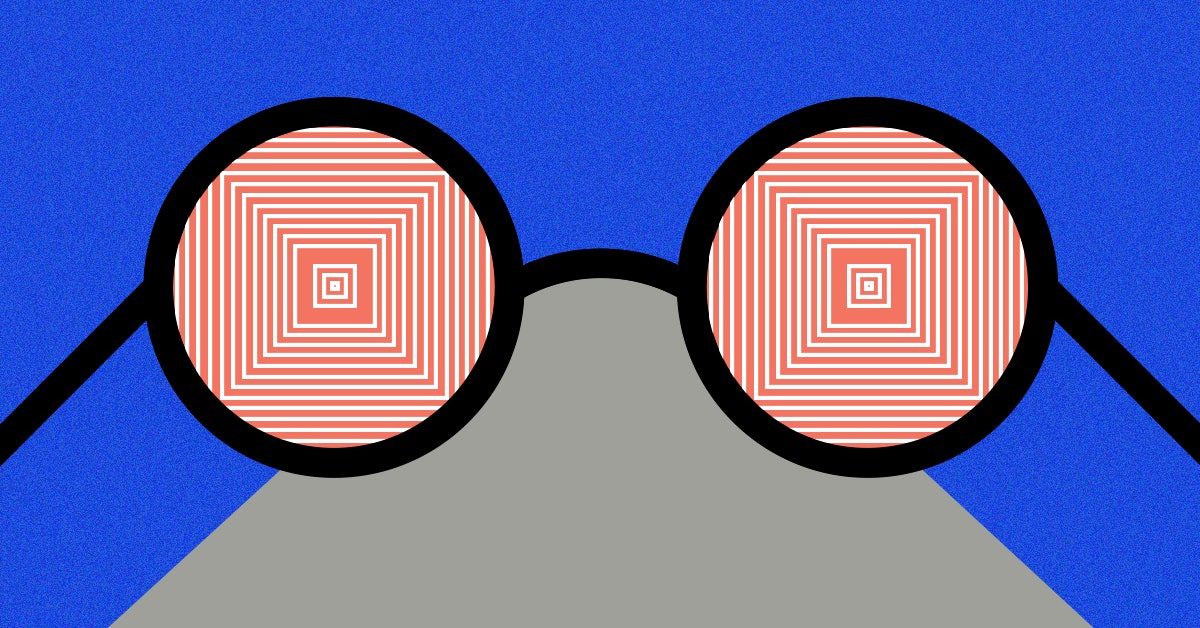 The future, according to the folks who make the renderings, will be built mostly around whooshing. The details differ from one imagined utopia to the next, but the broad strokes are the same. Cars will run on electricity, drive themselves, even fly. Networks of vacuum tubes and tunnels will connect cities to each other and to the hinterlands. Supersonic jets will turn transoceanic journeys into river crossings. The burning of fossil fuels will seem as remote and unsavory as human sacrifice. Trees will blanket the urban centers; the air will refresh our lungs instead of blackening them.

Moving about the planet will be faster, safer, easier, comfier, greener, cheaper, and whooshier. Best of all, there will be no traffic.

So say the renderings, of which there are many. They’re created by all the players who imagine themselves profitably managing this future—Elon Musk chief among them, but also Lyft and Uber, Ford and General Motors, and innumerable startups.

Americans have been given a glimpse of this sort of transportation paradise before. They stood under the hot sun for hours at a time to see it, because they were fed up with traffic, and any world that promises to end it is worth a look. And so millions of people made it up a winding ramp and into a mysterious building and sat in the navy blue mohair chairs that would ferry them through the marquee exhibit of the 1939 New York World’s Fair.

The progenitor of the optimism-soaked hybrid of amusement park and educational diorama later perfected by Walt Disney, Futurama was a 17-minute pitch by General Motors that showed its audience a world that had solved transportation by signing over the ground floor of city and country to the car. Everyone in the picture had the keys to that era’s smartphone, the device that unlocked access to a world of wealth and convenience.

That vision, for the most part, came true. Futurama predicted the world of 1960. By that new decade, the personal car was in fact dominant, suburbs reigned supreme, and the highway was everyone’s my way. We still live in Futurama today, but it doesn’t feel like utopia. We are locked in a transportation monoculture, reliant on machines that are bad for the planet, bad for the economy, bad for the soul. And, my god, the traffic.

What the hell happened to the future? And how do we stop it from happening again?

Futurama was the creation of Norman Bel Geddes, a Michigan-born designer who started his career building theater sets. By the 1930s, he was leading a field now called industrial design, and his ambition stretched beyond Broadway. Bel Geddes was always looking to solve interesting problems, and when his design firm was between contracts, he would give him employees theoretical problems to keep them busy. One example: What’s the fastest, most luxurious way to get wealthy passengers from New York to Paris? Another: How to eliminate traffic, an increasingly nasty problem in a country with more and more cars crowding roads designed for wagons?

When Bel Geddes heard the 1939 World’s Fair was coming to Flushing, Queens, he spied a stage bigger than any theater’s. And he knew the traffic problem—everyone hates traffic—would bring him his audience. He would fix America’s roadways for the age of the automobile.

Bel Geddes cajoled General Motors into funding the exhibit, and in an 11-month sprint vividly recounted by Barbara Alexandra Szerlip in The Man Who Designed the Future: Norman Bel Geddes and the Invention of Twentieth-Century America, built something no one had seen before. Fair goers who braved the line—sometimes a mile long—would sit on a train of 552 chairs. Each seat had a built-in speaker through which a narrator explained how “this wonderworld of 1960” had eliminated car crashes and congestion with a transcontinental network of cleverly designed highways. Riders would gaze down on that world, marveling at the dioramas of cities dotted by skyscrapers, elevated walkways, and logically placed parks, the cloverleafs that did away with intersections, the networks that let cars coast without interruption.

Over the two years of the New York World’s Fair, close to 30 million people took the ride and walked away with a pin reading “I Have Seen the Future.” Many more heard about the exhibit secondhand, or through radio reports. Perhaps most stunning, Futurama drew more visitors than the Fair’s Midway section, home of amusements like “Miss Nude of 1939” and the burlesque routine of Rosita Royce, whose trained birds removed her clothes.

The Fair came on the heels of the Great Depression and amidst the early days of the Second World War. (Between the 1939 and 1940 seasons, the pavilions put on by Albania, Poland, and Yugoslavia, among others, disappeared.) In the US, it marked a moment when “people were ready for a new vision of prosperity, of a new America,” says Henry Jenkins, a media scholar at the University of Southern California. It was also a moment when science fiction was first entering the cultural mainstream, and with it technological utopianism—the belief that scientific advances could only make life better.

Bel Geddes didn’t invent this idea of the future himself. “Much of Futurama was a pastiche of existing theories and concepts that had appeared in everything from H. G. Wells’s stories and Fritz Lang’s Metropolis to sketches by F. L. Wright and Raymond Hood. And certainly Le Corbusier was in the mix,” Szerlip writes. But it was Bel Geddes and his ride that brought such thinking to the attention of the masses. It was the world of Futurama that took hold.

During the war years, Futurama was put on pause. The production of civilian cars was stopped until 1945, and the resources demanded by a global conflict nixed any thought of major infrastructure work at home. But eventually, the American soldiers came home to a country that had been through more than a decade of deprivation and sacrifice. A sudden superpower, the US was ready to make real that memory of the future.

Car sales boomed. The suburbs flourished, offering an American dream to middle and upper classes that still tempts us today: home ownership, 2.5 kids, prosperity. Highways stretched across the country and bored through urban cores, often devastating vibrant but working-class, usually minority neighborhoods: the South Bronx, Minneapolis’ Rondo, Detroit’s Paradise Valley. As the car monoculture took root, public transportation shriveled, streetcar tracks were torn up. Those who couldn’t afford to buy and keep a car were left with the bus, or their feet. And the traffic was insufferable as ever, as the law of induced demand filled every new square foot of concrete nearly as quick as it was poured.

Yet even before master builder Robert Moses declared “the postwar highway era is here”—in the immediate aftermath of the fighting—some critics had started to resist the tide, at least in New York. Moses was an early example of the deep state, a never-elected bureaucrat who amassed so much power that he dictated how New York built its infrastructure for much of the mid-20th century—and how it’s shaped today. Chief among those who dared challenge him was Lewis Mumford, who railed against New York’s elevation of individual transportation.

“Because we have apparently decided that the private motorcar has a sacred right to go anywhere, halt anywhere, and remain anywhere as long as its owner chooses, we have neglected other means of transportation,” Mumford wrote in The New Yorker in 1955. “The major corrective for this crippling overspecialization is to redevelop now despised modes of circulation—public vehicles and private feet,” an argument common today among 21st century urbanists.

Such warnings proved futile, partly because Moses had nearly complete control over what got funded and built in New York, and he believed in the car above any sort of public transit. (To truly understand today’s cities, take a sabbatical and read Robert Caro’s epic biography of Moses, The Power Broker.)

One man cannot take all the blame. One corporation, though, just might. The ride that wowed millions at the 1939 World’s Fair represented just one strain of the era’s technological utopianism, says Jenkins. The future conjured by H. G. Wells in his book The Shape of Things to Come, and its film adaptation, directed by William Cameron Menzies, included cities full of pedestrians and shared transport.

But Futurama, however artistic, was ultimately a commercial paid for by General Motors. In Szerlip’s telling, Bel Geddes first pitched a similar idea to Shell, and he convinced GM executives to fund his project by telling them the point was to sell not any particular model car, but the future—“With the promise that every citizen can own a piece of that future for the price of a General Motors automobile.”

“We have a corporately sponsored remaking of the technological utopianism through Futurama,” Jenkins says. And that’s the future that we built.

Six decades on, we have a fresh chance. The simultaneous advent of electric, autonomous, and even tubular transportation is an opportunity to rethink and remake our cities. Thus, the renderings, and the promises from companies that before long, the tech they’re developing will clear the air, save lives, and of course, end traffic.

“Highways are an impressive, flashy thing to build. No one is against highways,” Lewis Mumford wrote more than half a century ago. Today, you could swap “hyperloop” for “highway” and you get the same idea—that the shiny future, however ill-conceived, is the one for us.

We have the tools to make sure we don’t repeat our mistakes. “The problem we have now is there is no choice,” says Daniel Sperling, who researches transportation planning at the University of California, Davis. Most places in America, you have to own a car. Autonomous vehicles could change that, and bring mobility to millions. But for the sake of the planet and our lungs, regulators should insist they be electric. To prevent a world where the streets are still clogged with cars, half of them empty, Sperling says, “We desperately need them to be pooled.”

And you can’t settle on one vision, says Di-Ann Eisnor, the director of growth at Waze, who runs the company’s Connected Citizens program. The last time around, “We made assumptions about capacity”—like that you could always make more roads for more cars. Clawing that urban space back demands an experimental mindset. Cities around the world are trying new things. San Francisco is adjusting parking prices based on demand. Mexico City is battling congestion by killing parking. Washington, DC is trying out special zones where Uber and Lyft can safely scoop up passengers. “Technology and community need to go hand in hand,” Eisnor says. “Everyday, test something new.”

Ultimately, we need a future fueled by many imagined utopias, a diversity of approaches and policies. By definition, the monoculture won’t work for all. In the 20th century, the working class was left behind. Any of those lovely renderings would be a fine way to whoosh forward—as long as this time, they bring everyone along for the traffic-free ride.