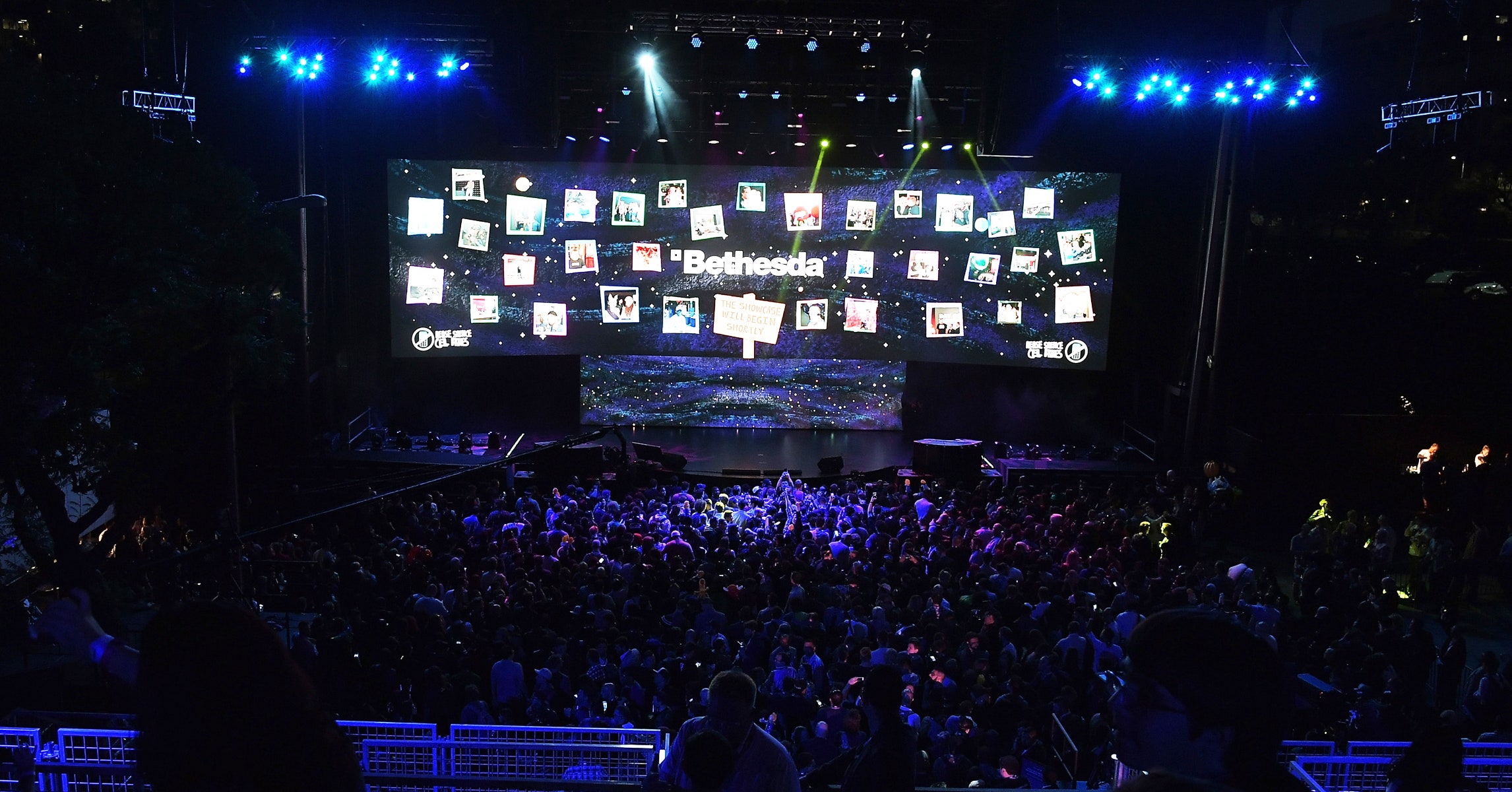 It’s early-mid June, which means the Electronic Entertainment Expo, the perennially-at-a-crossroads, very-important-and-yet-somehow-not-important-at-all videogames showcase, is returning. As has been the case for the past few years, the press conference proceedings that mark the largest news-drivers of the event begin today, with Microsoft and Bethesda Softworks holding conferences today and Sony, Nintendo, and everyone else following suit in the days after.

My prediction: this is going to be a weird one.

Here’s what I know not to expect: any new hardware, from anyone. The Nintendo Switch is only a year old, and with Sony and Microsoft’s recent forays into high-end revisions of their consoles, there likely won’t be any exciting new wrinkles in the hardware scene. Eventually, it seems likely we will reach a new console generation, despite both Sony and Microsoft expressing interest in a more iterative model. Eventually, there probably will be a PlayStation 5 and an Xbox… uh, Two? But it seems highly unlikely that it’ll be this year.

So what will we get? Games, games, games. More than any recent E3, this one seems poised to focus primarily on major, big-budget console releases for what might be the rest of the current generation. With no anchoring hardware announcements, focus is going to be strongly placed on first-party offerings and what they have to differentiate themselves from their competition.

We have some ideas what those offerings are. Sony has been fairly clear about a large segment of their upcoming showcase selection, which will include lukewarm-looking zombie game Days Gone as well as experimental creation tool Dreams and dark adventure The Last of Us Part Two.

Microsoft and Nintendo’s prospects are a bit more opaque, though. Microsoft has struggled for the past couple of years with maintaining a library of first-party exclusives that fans find interesting. Should we be expecting another Gears of War sequel? The long-awaited debut of Halo 6, after the previous game was, to many, a vast disappointment? It’s possible that we’ll see more in Microsoft’s ongoing effort to integrate Xbox and the PC, turning their Windows and Xbox brands into extensions of one another. We might even get a Halo game on the PC, if we’re really lucky.

And Nintendo? Well, we know they’re working on a new Pokemon. And there’s going to be a Super Smash Bros. game for the Switch. But what else? The company’s biggest franchises had mainline releases last year, leaving the potential stable of games uncertain. Will we see more details about Metroid Prime 4? Probably, but don’t expect it until 2019 at the earliest. Some sort of wacky Mario tie-in? Seems likely. But with Nintendo’s online service, slated for Fall 2018, still a cipher, it’s hard to say what shape the Switch’s offerings are going to take going forward.

But no matter what happens, here’s what not to expect: anything epochal, or generation shifting. Some E3s make gaming history; others just come and go, with some neat announcements and maybe some good memes. My guess is this is going to be the latter.