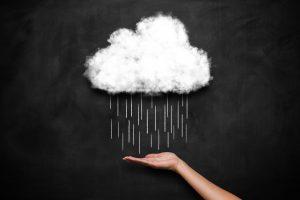 Amazon’s lessons from the cloud

What can Amazon teach us about how to use the cloud?

When I first heard Werner Vogels, Amazon’s CTO, talk about building the the cloud, he mentioned how it was a thorny process involving lots of “undifferentiated heavy lifting.” The journey to create Amazon Web Services involved workarounds for failures in the Border Gateway Protocol, addressing problems of jittery networks, and solving a vexing stream engineering problems that eventually led to the explosion of cloud services that Amazon offers today.

At the time, I realized that while it would be great if Vogels or Andy Jassy, CEO of AWS, wrote a book about how the cloud was built, it really wouldn’t be that useful for people using the cloud.

I understood this because the first tech book I wrote was the Developer’s Guide to the Java Web Server. My team was using the Java Web Server to build the Money.com site and we would ask questions of the team at Sun Microsystems building the Java Web Server about how to solve this or that problem. While they would try to be helpful, at one point they said essentially, “Look, we are building this thing; you are using it. We can give you some help, but really using it to build a site is something you now know more about than we do.”

The book that would be helpful for the thousands of companies now trying to use the cloud would be one that captured the lessons from people who have been using AWS to solve business problems and accelerate the pace of innovation. That’s the book that Stephen Orban, General Manager at AWS, has just written called Ahead in the Cloud: Best Practices for Navigating the Future of Enterprise IT.

Orban, who previously built and led the Enterprise Strategy function at AWS, has been working on Ahead In the Cloud for several years, mostly by writing articles and blogs that capture knowledge about how to address dozens of issues that arise when an organization moves to the cloud.

While you will find some discussion of technology, mostly what Orban covers is a broad patchwork of ideas that he and his coauthors have distilled from experience.

“I wrote this book so that people could better understand how organizations are tackling the challenges of moving to the cloud,” said Orban. “There are lots of companies out there doing it and while there’s no easy button, there are strategies, frameworks, and mental models that you can use that others have used before you, that will hopefully help you get from point A to point B in a stepwise iterative fashion.”